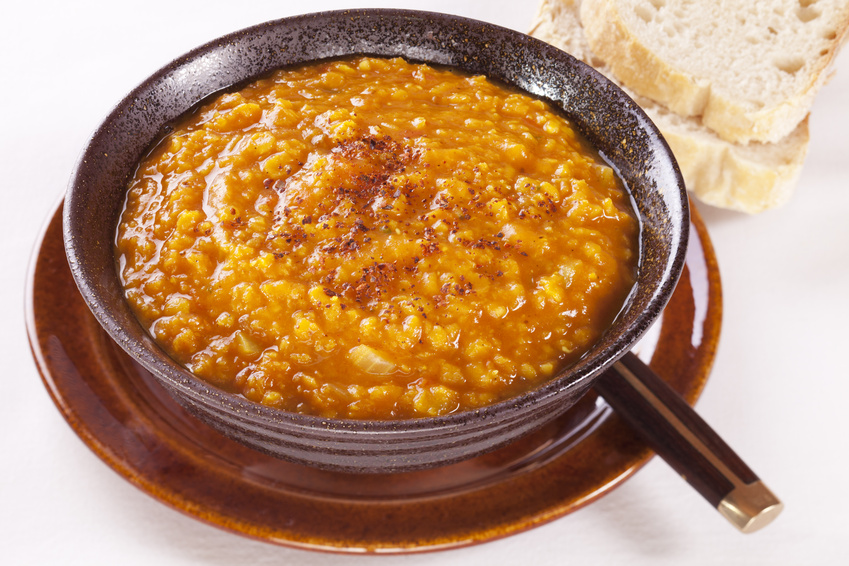 So what does go in a vegan lentil soup? The number one ingredient is your lentils of course. Lentils are similar to split peas and are considered a legume. Lentils themselves can provide plenty of protein for your vegan lentil soup. Lentils are very rich and delicious. They sort of have a mother earthiness taste about them that makes for a very hearty meal. One really good vegan lentil soup would be a lentil tomato soup. Add in a few green vegetables and you have a powerhouse packed soup filled with all kinds of nutritious ingredients.

Start off your vegan lentil soup with about 1 cup of lentils that you add to chopped onion you have sauteed along with some minced garlic in some olive oil. Add a cup of white wine or apple juice and let simmer after you add in your spices, such as dried basil, oregano, marjoram and salt. Add 4 cups of water and a can of diced tomatoes. For added nutrition you can also add in a cup of kale or spinach. You only have to let this vegan lentil soup cook for about 30 minutes. You then serve with a thick chunk of crusty homemade bread for a delicious hearty and winter meal.